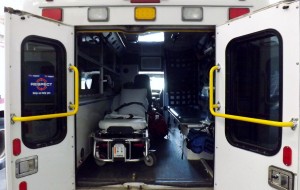 UNITED STATES NEWS
** Sentencing has been set for August 1st for an Ohio man convicted of aggravated vehicular homicide in the 2012 death of an off duty EMT. Eagle Country Online (June 25) said Cleves resident Dennis Alsip, 20, admitted guilt in the death of Lisa Hastings, 22, under a plea agreement. Alsip, who was to go on trial Monday in Hamilton Municipal Court, remains out on bond. According to the news service, Alsip hit Hastings head-on last July 16 while driving on State Road 128 in Whitewater Township. Hastings died two days later in hospital. Initial reports on the crash indicated alcohol may have been a factor.
** A former Arizona combat medic has been indicted on charges he provided material support to a terrorist organization in Syria. Politico (Josh Gersteain/June 21) said Eric Harroun, 30, was indicted Thursday in US District Court in Alexandria, Virginia. According to the newspaper, Harroun allegedly fought with the Al-Qaeda affiliated group the Al-Nusra front which is seeking to overthrow the regime of Bashar al-Assad. In addition to the above mentioned charge, Harroun was also tagged with conspiring to use weapons of mass destruction overseas. If convicted, he could face life in prison. Harroun’s lawyers, however, are contending that he was fighting with a non terrorist affiliated group. Arraignment has been set for July 1.
CANADA NEWS
** A Thursday vote by Nova Scotia paramedics on whether or not to accept a proposed contract deal has resulted in a rejection of the tentative agreement. That is the word form The Canadian Press (June 20) which said despite the thumbs down, union members will not strike for at least two weeks. According to the news service, July 5 may be the next date for industrial action. The potential deal reached June 9th through the assistance of a mediator seemed to address the main sticking point of a defined benefit pension plan. No explanation has so far been given for the turn down. Thursday’s vote, however, is the second one in which the 800 members of the International Union of Operating Engineers Local 727 have rejected the recommendation of their own union leadership.
OTHER NEWS:
Capitola, California – Two years after beating, family of EMT Bryan Stow fights for care
Toronto, Ontario – Report pans potential merger of fire services with EMS
Victoria, Australia – Paramedics forced to reuse dirty sheets on ambulance trolleys
Dublin, Ireland – Ambulance for tragic baby arrived with elderly patient
Jun 25, 2013 | Comments Off on Top Stories: 23-28 June, 2013
read more